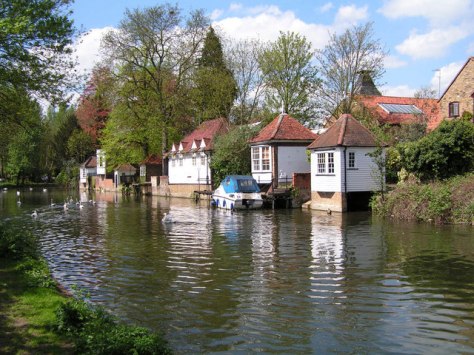 The outreach meteorites made two visits to Ware, Hertfordshire in the last couple of weeks, supporting presentations given by Michael Goodyear. One of Michael’s talks was for the University of the Third Age (U3A) and the other to a local geology club.  In both cases, the talks were not specifically about meteorites, but about what meteorites can tell us about the origin and structure of the Earth.  The U3A talk examined how the Earth formed and so Michael used the meteorites to show what the primitive raw materials from which our planet formed may have looked like. He also gave a basic introduction to meteorites e.g. types, jargon etc.  His talk to the East Herts Geology Club was on the structure of the Earth and so again, he used the meteorites to illustrate how we have access to material that made up the early Earth, and also how iron meteorites can provide an approximate sample of core material.

Image: Ware, Hertfordshire. Gazebos from the south bank of the River Lea (Wikipedia)